Interesting Facts about the Biohazard Symbol 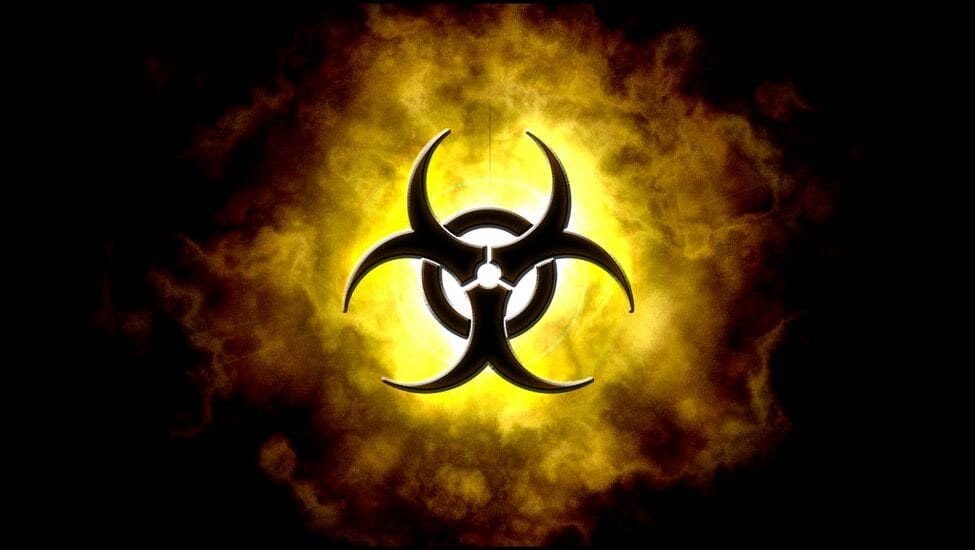 Have you ever seen this symbol? The one with four circles. It’s the biohazard symbol. We’re sure you must have seen it several times.

Today, we’ll discuss what it means, what is its history, and how it is used.

The Meaning of ‘Biohazard’

In the context of this symbol, the term ‘biohazard’ refers to an infectious agent that poses a risk to our health or wellbeing, either by causing infection or by disrupting our environment.

Across the world, the biohazard symbol is used to report and warn people of any dangerous substance that may cause harm to them. It was first adopted in the 1960s to indicate possible exposure to biological substances that may contain toxins, viruses, or medical waste. These substances include blood, human cells, and bodily fluids.

Representing actual or possible presence of a biohazard, this symbol is used to identify any containers, equipment, rooms, materials, or experimental animals on an international level. You may have seen the biohazard symbol printed on chemical labels in orange-red or fluorescent orange color with clear wording providing you with crucial information on the hazard.

The Meaning of the Four Circles

The four circles in the biohazard symbol represent the infection chain and have specific meanings.

Agent refers to the type of pathogen that can cause an infection or hazardous condition.

The host is the organism that is infected by the pathogen.

The source tells about the origin of the pathogen.

It is the means through which the pathogen infects the host. It may be direct or indirect. Common transmission routes include breathing it in, and/or touching contaminated surfaces.

Charles L. Baldwin and Robert S. Runkle are believed to be the creators of the biohazard symbol. This was back in 1966.

Working at the National Institute of Health, Baldwin started paying attention to different types of warning symbols. The fact that there was a wide range of symbols worried him. After all, how can you expect someone to know the full range of icons?

This pushed him to create a symbol that could be used universally. He started working with the Dow Marketing and Packaging Design department with no ideas in mind. In fact, they didn’t even want it to have a meaning – it just had to be something that people could easily memorize and recognize.

They took some common symbols, mixed them with a series of some new ones, and showed them to people, asking them to guess what each of them meant. The fewest guesses belonged to the biohazard symbol. After a week, the team showed the same symbols to the same group of people and found that the biohazard symbol was the one that people remembered the most!

Baldwin and his team conducted extensive research before they created the perfect symbol that people today know as the biohazard symbol. The combination of simple design and bold color caught people’s eye. The U.S. Center for Disease Control, the Occupational Safety and Health Administration, and the National Institutes of Health soon authorized the symbol for universal use.

Today, the biohazard symbol is used to indicate all levels of biohazard. It’s three-sidedness eliminates the chances of mistake when pasting or printing it for warning. It has been playing a crucial role in preventing accidents in everyday life.

You can even spot it in the logo of Bio-One!